Relying heavily on primary sources, such as diaries and letters, Wilson presents the Civil War era in a more compelling fashion than many accounts that are more didactic or linked to preconceived ... Read full review

PATRIOTIC GORE: Studies In The Literature Of The American Civil War

In this long and challenging book Edmund Wilson presents a critical analysis of the works of some 30 men and women, novelists, generals, poets; politicans, diarists, who saw the Civil War at first ... Read full review

Wilson roamed the world and read widely in many languages. He was a journalist for leading literary periodicals: Vanity Fair, where he was briefly managing editor; The New Republic, where he was associate editor for five years; and the New Yorker, where he was book reviewer in the 1940s. These varied experiences were typical of Wilson's range of interests and ability. Eternally productive and endlessly readable, he conquered American literature in countless essays. If he is idiosyncratic and lacks a rigid mold, that probably contributes to his success as a literary critic, since he was not committed to interpretation in the straitjacket of some popular approach or dogma. His critical position suits his cosmopolitan background---historical and sociological considerations prevail. He went through a brief Marxist period and experimented with Freudian criticism. Axel's Castle (1931), a penetrating analysis of the symbolist writer, has exerted a great influence on contemporary literary criticism. Its dedication, to Christian Gauss of Princeton, reads:"It was principally from you that I acquired.. .my idea of what literary criticism ought to be---a history of man's ideas and imaginings in the setting of the conditions which have shaped them."His volume of satiric short stories, Memoirs of Hecate County (1946), with its frankly erotic passages, was the subject of court cases in a less tolerant decade than the present one. It was Wilson's own favorite among his writings, but he complained that those individuals who like his other work tend to disregard it. 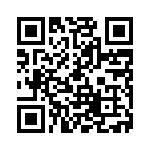