The other day, I was looking at a page in this book online and it gave me a free preview of a page. Now it won't, and I was needing to use it for a paper. Thanks, Google.

Jacqueline Edmondson is associate dean for undergraduate and graduate programs and professor of education in the College of Education at Pennsylvania State University, University Park. 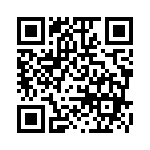