Miss Gish, though not always in excellent health, was accustomed to hard work and took a no-nonsense view of her physical attributes.(long islanded formation of lifeline) Miss Gish, who never married and who leaves no survivors, finally rejected Mr. Nathan's long series of marriage proposals, and said that a primary reason was his "seeming resentment" of her devotion to her family. She gave another reason for staying single: "Actresses have no business marrying. I always felt that being a successful wife was a 24-hour-a-day job. Besides, I knew such charming men: perhaps I didn't want to disillusion any of them." Mrs. Gish took her daughters to New York City, rented an apartment on West 34th Street that was large enough to include two boarders, and began working in a department store. When Lillian was 5, a Gish boarder, an actress named Alice Niles, persuaded Mrs. Gish to let her take the child with her to act in a production of "In Convict's Stripes," which played one-night stands across the country. Lillian's salary was $10 a week.
At the age of 4, Dorothy joined another touring troupe; so did Mrs. Gish. The Gishes were separated at least half of each year, and life was lonely for Lillian as she traveled constantly and shared squalid hotel rooms with other company members to save money. More than once, she nearly fell into the hands of Elbridge Gerry's Society for the Prevention of Cruelty to Children, which was dedicated to protecting children who worked in sweatshop factories as well as on the stage. When the Gishes were together in New York, they shared quarters with Charlotte Smith, whose daughter Gladys was a bit player on Broadway. Lillian won the role of a dancer, a part that Gladys had hoped for, in Sarah Bernhardt's 1905 engagement on Broadway. She Knew Pickford As Gladys Smith. A consummate actress, Lillian seemed to take delight in suffering for the art form that became her obsession. In order to experiment, Lillian worked in extreme conditions such as starvation, intense heat and bitter cold. Soon, she became the quintessential silent screen heroine, lovely and open to suffering. However, despite her characters' apparent weakness, Lillian's performances also let their inner strengths shine through.
In 1909, while visiting friends in Baltimore, Lillian and Dorothy dropped in to see a short film called "Lena and the Geese," and immediately recognized its star as Gladys Smith. The next year the sisters showed up at the Biograph film studios in Manhattan, at 11 East 14th Street, and asked to see Miss Smith.
That very day Gladys Smith, who had changed her name to Mary Pickford, introduced the Gishes to D. W. Griffith, who at that time was churning out at least three one-reelers a week for Biograph.
Her palm print indicated her this is all keeping with the basic character of this remarkable woman for the delicacy of and fineness of her work in every play or picture in which she has appeared With no vulgarity has ever been connected her early life on stage was difficult ,uphill fight against odds that might have discouraged others made of strong material due to twist and turns of first part of her fateline.the one nerarest to her lineof life.The second fateline as outer fate line promised gives the wonderful promise of ultimate sucess in her desires.She never had the easy luck as sun line do not appear early as they do at her 25 year coming from the line of fate ,they show sucess and fame come from hard work and effortand not from luck.The curved or drooping line of heart under saturn mount denote she has not been fortunate in her affections ,although she is of an intensely affectionate disposition.
The line of head being closely joined to that of life tells of her exteremely sensitive ,retiring nature while head line itself having the graceful slope towards and into upper part of the mount of Luna increases the artistic qualities shown by the shape and type of hand.She had the fortunate inner life line which enhanced which 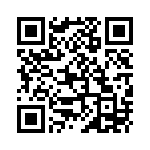