A somewhat dated, but relevant study of Mexico and a variety of it's people. Well written and helpful in understanding our neighbors to the south. Read full review

The Mexican: a personal portrait of a people

To correct Americans' lack of understanding of Mexico, Oster combines human interest stories, many collected during his years as a Knight-Ridder reporter in Mexico, with carefully interwoven ... Read full review

Patrick Oster grew up in the Chicago area, where he practiced law before taking up journalism as a career in 1973. He spent ten years in Washington, D.C., from the end of Watergate to the beginning of the second Reagan administration. He was Washington bureau chief for the Chicago Sun-Times. He covered the White House, the State Department, and the Pentagon, specializing in foreign affairs most of this time. He traveled to about fifty countries in the process.

In 1984, he became the Mexico City bureau chief for the Knight-Ridder newspaper chain. He has won awards from the Overseas Press Club and the Inter-American Press Foundation for his coverage of Mexico and Latin America. More recently, he has been editor in chief of the National Law Journal and now lives with his wife and son in Croton-on-Hudson, New York. 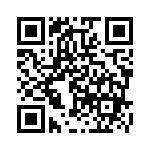