12 pages matching autonomous in this book

Read along with this selection for the Partially Examined Life podcast. Debrod is clever, complex and, ultimately overly-pessimistic. Although in the leftist/Marxist mold, this particular work ... Read full review

After years of reading references to it, finally made my way through The Society of the Spectacle. The text is full of gems and retains its relevance, perhaps even more so in our hyper-mediated ... Read full review

Writer, filmmaker, and cultural revolutionary, Guy Debord (1931--1994) was a founding member of the Lettrist International and Situationist International groups. His films and books, including Society of the Spectacle (1967), were major catalysts for philosophical and political changes in the twentieth century, and helped trigger the May 1968 rebellion in France. 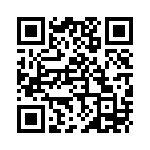