I ran into this book in 1994. I was a former US Dept of Energy employee looking for work as a consultant and I concluded that Daly's description of the Sustainable Economic Welfare index was a much more rationale way of describing the economy.
Imagine, the GDP goes UP when there is an environmental disaster. GDP increases when there is an oil spill, 1989 Exxon Valdez and the 2010 BP Oil spill and leak from a deep sea well.

Page 17 - None the less, just as it is wrong to withdraw from the individual and commit to the community at large what private enterprise and industry can accomplish, so too it is an injustice, a grave evil and a disturbance of right order for a larger and higher organization to arrogate to itself functions which can be performed efficiently by smaller and lower bodies.
Appears in 244 books from 1873-2007

Named one of the 100 "visionaries who could change your life" by the Utne Reader, Herman E. Daly is the recipient of many awards, including the University of Louisville Grawemeyer Award, the Heineken Prize for Environmental Science, and the "Alternative Nobel Prize," the Right Livelihood Award. He is professor at the University of Maryland's School of Public Affairs, and coauthor with John Cobb, Jr., of For the Common Good. 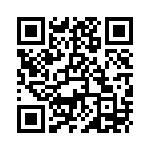