Outstanding memoir of harrowing events of 1947 when India was partitioned in to India and Pakistan. The associated bloodshed led to death of over a million civilans. This meticulously rememberd memoir is written forom the point of view of a ten year old boy who saw it all. Numbing and sobering. Extremely well-written by one who subsequently became a physician and a Rhodes Scholar. Utterly impartial. Please read it. . 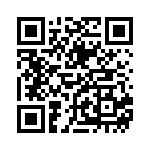