As an undergraduate at Carleton College in Northfield, Minnesota, Laura Ruetsche studied physics, philosophy, and classical Greek. A Rhodes Scholarship took her to Oxford, where she wrote a B.Phil. thesis on Plato's Timaeus under the direction of John Ackrill. Shifting her focus to philosophy of physics, she completed her graduate work at the University of Pittsburgh, earning her PhD in 1995 and joining the faculty in 1996. In 2008, she moved to the University of Michigan, where she is now Professor of Philosophy. 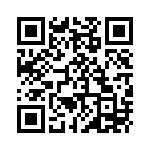