James L. Ford is Professor of Religion at Wake Forest University and the author of J?kei and Buddhist Devotion in Early Medieval Japan. 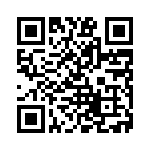