George Sand began life as Aurore Dupin, the daughter of a count and a dressmaker. Educated both on her aristocratic grandmother's estate and in a Parisian convent, at 18 she married Casimer Dudevant, a provincial gentleman whose rough temperament was the opposite of her own, and from whom she obtained a separation several years later. At 31 she moved to Paris, where she changed her name and plunged into the bohemian world of French romanticism. Frequently dressed in men's clothing, she participated actively in literary debates, cultural events, and even the revolution of 1848. Sand was friend and correspondent with many of the major artists and writers of her age, including Balzac, Flaubert, and Liszt. Her love affairs with the poet Musset and the composer Chopin were the stuff of legend, chronicled in her own Story of My Life. Sand's immensely popular novels ranged from sentimental stories of wronged women, to utopian socialist fictions, such as her masterpiece in Consuelo, 1842, to explorations of pastoral themes written when she retired, late in life, to her estate in Berry. Though frequently dismissed as overblown or too sentimental, Sand's fiction has recently undergone a revaluation, emerging as an influential body of women's writing. As both a writer and an intellectual personality, Sand is a central figure in nineteenth-century French cultural life. George Sand died in 1876 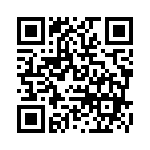