Stephen Turnbull took his first degree at Cambridge University, and received a PhD from Leeds University for his work on Japanese religious history. He has traveled extensively in Europe and the Far East and also runs a well-used picture library. His work has been recognized by the awarding of the Canon Prize of the British Association for Japanese Studies and a Japan Festival Literary Award. He currently divides his time between lecturing in Japanese Religion at the University of Leeds and writing. 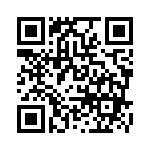