Kiran nigam
R.K. Narayan 's The guide is a very good story.
The book is about a man who is a tourist guide who is a very nice person. Those people who think that indian novels are not so interesting, must read this book.
This novel, the guide us very funny. It has truly been described as a 'pensive' comedy', this is the story of raju, an ordinary middle class man in south india, who was a guide , who vicariously rase tothe height of frame, had a plunging fall.
This book take as to new dimension of readership.'guide' is one of the most ambitious books of narayan one reason for this could be that this book was adopted into a successful film.It is an excellent example that how beautiful and intriguing simplicity can be Mr. Narayan wrote thenovel with sheer simplicity of language and expression.
Even with simplicity which is the power of the novel the story is deep and touches...

this is the great novel.

R. K. Narayan (1906–2001), born and educated in India, was the author of fourteen novels, numerous short stories and essays, a memoir, and three retold myths. His work, championed by Graham Greene, who became a close friend, was often compared to that of Dickens, Chekhov, Faulkner, and Flannery O'Connor, among others.

Michael Gorra is a professor of English at Smith College. His books include The Bells in Their Silence: Travels Through Germany and After Empire: Scott, Naipaul, Rushdie. 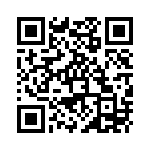