Periodically throughout his extraordinary career, Theodore Roosevelt turned to the writing of history. Energetic about everything he did, he imbued his writing with verve and a strong sense of drama that continues to attract readers today. Born in New York City and educated at Harvard University, he immersed himself in public affairs long before he became President of the United States. A man of many talents, he was, among other things, police commissioner, mayoral candidate, rancher, hunter, explorer, soldier, and governor. His strong sense of history probably influenced his actions more times than not, and certainly he brought to the White House in 1901 an awareness of how much the past conditions the present and informs the future. Roosevelt made history, influenced history, and wrote history. 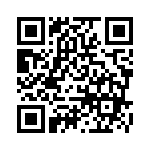