In The Mind Has No Sex?: Women and the Origins of Modern Science, Londa Schiebinger analyzes “the rise of modern science in Europe in the seventeenth and eighteenth centuries, focusing especially on ... Read full review

“Modern science, arising outside of and in opposition to the medieval university, was fostered in academies, princely courts, Parisian salons, and the artisanal workshop—that is, in a social ... Read full review 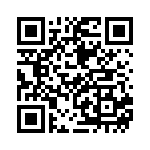