(Original Review, 1981) In the late 60's, IBM started a research project on ciphers that has produced a lot of good literature and several important cryptosystems. The effort concentrated on a family ... Read full review

About the Author Alan G. Konheim is a Research Staff Member at the IBM Thomas J. Watson Research Center, and Adjunct Professor at the Courant Institute of New York University. He received his BEE and his MS in mathematics from the Polytechnic Institute of New York in 1955 and 1957, respectively. Dr. Konheim received his Ph.D. in mathematics from Cornell University in 1960. He was a Senior Fulbright Fellow from 1966 to 1967. 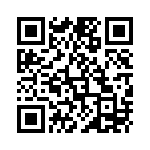