Fletcher Dunn has been programming video games professionally since 1996. He served as principle programmer at Terminal Reality in Dallas, where he was one of the architects of the Infernal engine and lead programmer on BloodRayne. He was a technical director for the Walt Disney Company at Wideload Games in Chicago, where he was the lead programmer for Disney Guilty Party, which won IGN's Family Game of the Year at E3 2010. He is currently a developer at Valve Software in Bellevue, Washington.

Ian Parberry is a professor in the Department of Computer Science and Engineering at the University of North Texas. Dr. Parberry has more than a quarter century of experience in research and teaching and is nationally known as one of the pioneers of game programming in higher education. 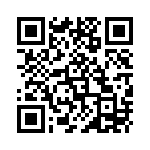