Gábor Hosszú received the M.E. degree from Technical University of Budapest in electrical engineering and the Academic degree of Technical Sciences (Ph.D.) in 1992. After graduation he received a three-year grant of the Hungarian Academy of Sciences then he joined the Microelectronics Co., in 1988, where he dealt with semiconductor device parameter extraction. Since 1990 he jointed the Department of Electron Devices, where he has been full-time associate professor. 2011: Lawyer, Pázmány Péter Catholic University, Faculty of Law and Political Sciences (Budapest, Hungary). 2013: Ha has been awarded by the title of doctor habil and venia legendi in the field of Informatics, Engineering and Technology at the Budapest University of Technology and Economics (Hungary). He published more than 250 technical papers and five books on electrical engineering and computer science. His interests are mainly in the area of hardware modelling with VHDL, Internet-based communication, statistical evaluation of bioelectronic signals, and computational paleography. 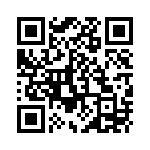