This book is an excellent source for a historical analysis on the status of Middle Eastern women from both a female and Middle Eastern perspective. There are bits that are quite dry and full of historical information, but the scholarly method by which Leila Ahmed presents her information as well as arguments make this book an excellent resource for students researching this region of the world or Islamic culture in general.

Page 13 - If a woman so hated her husband that she has declared, 'You may not have me,' her record shall be investigated at her city council, and if she was careful and was not at fault, even though her husband has been going out and disparaging her greatly, that woman without incurring any blame at all, may take her dowry and go off to her father
Appears in 10 books from 1945-2006 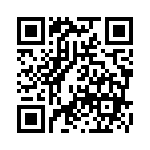