Born to a lower-middle-class family in Nottingham in 1941, Doug Scott began climbing in Derbyshire when he was thirteen and without any obvious plan in it was soon discovering the cliffs of Snowdonia, Scotland, the Alps and the Dolomites. He completed his first Alpine season at the age of eighteen. In 1965, aged twenty-three, he went on his first organised expedition, to the Tibesti Mountains of Chad. It was to be the first of many trips to the high mountains of the world. On 24 September 1975, he and his climbing partner Dougal Haston became the first Britons to reach the summit of Mount Everest and they became national heroes. In total, Scott has made forty-two expeditions to the high mountains of Asia, reaching the summits of forty peaks. With the exception of his ascent of Everest, he has made all his climbs in lightweight or alpine style and without the use of supplementary oxygen. Scott was made a CBE in 1984. He is former president of the Alpine Club, and in 1999 he received the Royal Geographical Society Patron’s Gold Medal. In 2011 he was awarded the Piolets d’Or Lifetime Achievement award, during the presentation of which his mountaineering style was described as ‘visionary’. In 1995 he founded Community Action Nepal (CAN), a UK-based registered charity whose aim is to help mountaineers to support the mountain people of Nepal. Scott continues to climb, write and lecture, avidly supporting the work of CAN. Up and About, the first volume of his two-part autobiography, was published in 2015 by Vertebrate Publishing.

Alex MacIntyre was one of the legendary early-1970s Leeds University climbers noted for their big hair, Lycra tights and habit of calling one another ‘youth’. A popular climber, he was a leading figure in alpine climbing’s ‘front-point revolution’ in the 1970s, when a group of British climbers pushed standards dramatically higher, climbing hard and difficult routes in a light and fast alpine style. With a glittering record of firsts in the Alps and Andes, MacIntyre was a great supporter of alpine-style ethi, pushing the style into the Himalaya, where he made ascents and attempts on major objectives – such as Shishapangma – and hard new routes on giants like Dhaulagiri and Changabang. MacIntyre died on Annapurna in 1982 aged only twenty-eight years old. He and René Ghilini were retreating from an attempt on the south face when a solitary falling stone struck him square on the head and knocked him down 800 feet. A memorial stone at Annapurna Base Camp reads: ‘Better to live one day as a tiger than to live for a thousand years as a sheep.’ John Porter’s award-winning book One Day as a Tiger (Vertebrate Publishing, 2014) is both a memoir of Alex, and of this golden period of British alpinism. 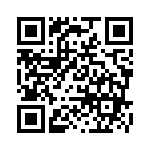