Elie Podeh teaches in the Department of Islamic and Middle Eastern Studies at the Hebrew University of Jerusalem. He served as the Chair of the Department (2004-2009). His main fields of interest are: inter-Arab relations; Arab-Israeli Conflict, Egypt and culture in the Arab world. His latest book, The Politics of National Celebrations in the Arab World, was published by Cambridge University Press (2011). 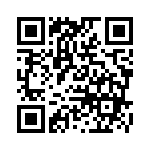