Milovan Djilas was born in 1911 in Kolasin, Montenegro. In 1929, he enrolled in the University of Belgrade, where he began his involvement in political activity, becoming a member of the Communist Party in 1932. After serving a three-year prison sentence for his revolutionary activities, he assumed a leading role in the Party organization in Serbia and eventually entered the innermost circles of the Politburo and Central Committee under Marshal Tito.
Over the years, Djilas became one of the leading ideologists and theoreticians of the Yugoslav Communist Party, taking an active and prominent role in the government. But after the confrontation that erupted between his country and the Soviet Union in 1948, he began to criticize the Party bureaucracy and to develop his ideas on the democratization of Yugoslav society. His open commitment to reform led to his expulsion from the Central Committee in 1954; two months later he submitted his resignation from Party membership.
Djilas spent the next twelve years in and out of prison. Unable to publish any of his writing in Yugoslavia until 1989 (the majority of his works were published abroad), he still exerted great influence in the political arena of his country until his death in Belgrade in 1995. 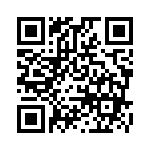