Wilkie Collins was born in London, England on January 8, 1824. He worked first in business and then law, but eventually turned to literature. During his lifetime, he wrote 30 novels, more than 60 short stories, at least 14 plays, and more than 100 non-fiction pieces. His works include Antonia, The Woman in White, The Moonstone, The Haunted Hotel, and Heart and Science. He was a close friend of Charles Dickens and collaborated with him. He died on September 23, 1889. 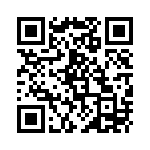