As a good review, I read The Cosmic Engineers by Clifford D. Simak. It was one of my dad's old sci-fi books, and so I randomly picked a book out of the hundreds and read it. It was a mix of Sagan's ... Читать весь отзыв

Clifford D. Simak (1904 -1988) Clifford Donald Simak was born in Wisconsin, in 1904. He attended the University of Wisconsin and spent his working life in the newspaper business. He flirted briefly with science fiction in the early ''30s but did not start to write seriously until John W. Campbell''s Astounding Stories began to rejuvenate the field in 1937. Simak was a regular contributor to Astounding throughout the Godlen Age, producing a body of well regarded work. He won the Nebula and multiple Hugo Awards, and in 1977 was the third writer to be named a Grand Master by SFWA. He died in 1925. 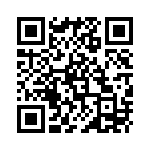