I was one of those babies born in the late '80s who was raised with morals under Disney, Aesop and just knowing that God makes us all unique. Every cartoon and children's shows that we had was healthy ... Read full review

The preface of the volume by Townsend is interesting & informative. The fables themselves are wonderful. The animals chosen to convey the lesson are perfectly selected. This is a timeless classic. I enjoy the fables more every time I read them. Read full review 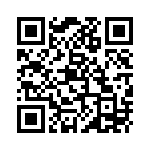