M. SRINIVAS CHARY is Adjunct Professor at the New School of Social Research in New York. He is the author of United States Foreign Policy Toward India, 1947-1954 (1980) and The Hindu Temple (1994). 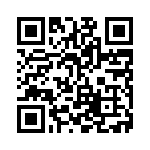