Born in Philadelphia, Joseph Franklin is a graduate of the Philadelphia Musical Academy and Temple Universitys Graduate School of Music. He has composed works for mixed instrumental/vocal ensembles, film, video, theater and dance. In 1977 he co-founded The Relâche Ensemble, which evolved into Relâche, Inc. a presenting and producing organization in support of the Relâche Ensemble. He served as founding executive and artistic director of Relâche until 1998. Independently, and as Director of Relâche, he has been a producer of concerts, festivals, recordings, radio programs, residency programs, international tours and other related music events, including the NEW MUSIC AMERICA 1987 Festival, NEW MUSIC AT ANNENBERG at The University of Pennsylvania and MUSIC IN MOTION, a nationwide audience development project. He formerly served as Artistic Director for Helena Presents--The Myrna Loy Center, a performing arts and film center located in Helena, Montana. He has published criticism and book reviews in the Philadelphia Inquirer and Philadelphia City Paper. While living in Louisiana he developed and taught courses in arts administration and an overview of 20th century music at the University of New Orleans while serving as an independent consultant to arts organizations. He currently serves as executive director for Chamber Music Albuquerque, a presenting organization dedicated to presenting world-class chamber music ensembles in concert. 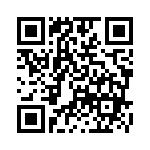