When the epigraph (the quote shown after the dedication and before the contents page) referenced an endnote of 12 sentences, the reader should be immediately forewarned of some difficult text ahead ... Read full review

Our posthuman future: consequences of the biotechnology revolution

Francis Fukuyama is Bernard Schwartz Professor of International Political Economy at the Paul H. Nitze School of Advanced International Studies, The Johns Hopkins University. In 2002, he was appointed to the President's Council on Bioethics. He is the author of The Great Disruption: Human Nature and the Reconstitution of Social Order, Trust: The Social Virtues and the Creation of Prosperity, and The End of History and the Last Man, among other works. He lives in McLean, Virginia. 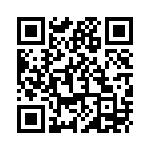