Jerry H. Bentley is professor of history at the University of Hawaii and editor of the "Journal of World History." His research on the religious, moral, and political writings of Renaissance humanists led to the publication of "Humanists and Holy Writ: New Testament Scholarship in the Renaissance" (Princeton, 1983) and "Politics and Culture in Renaissance Naples" (Princeton, 1987). More recently, his research has concentrated on global history and particularly on processes of cross-cultural interaction. His book "Old World Encounters: Cross-Cultural Contacts and Exchanges in Pre-Modern Times" (New York, 1993) examines processes of cultural exchange and religious conversion before the modern era, and his pamphlet "Shapes of World History in Twentieth-Century Scholarship" (Washington, D.C., 1996) discusses the historiography of world history. His current interests include processes of cross-cultural interaction and cultural exchanges in modern times.

Herbert F. Ziegler is an associate professor of history at the University of Hawai'i. He has taught courses on world history for the last 19 years and is currently the director of the world history program at the University of Hawai'i. For several years, he also served as the book review editor of the 'Journal of World History'. His interest in twentieth-century European social and political history led to the publication of 'Nazi Germany's New Aristocracy (1990)'. He is at present working on a study that explores uncharted aspects of German society, especially the cultural manifestations of humor and satire in the Nazi era. His other current research project focuses on the application of complexity theory to a comparative study of societies and their internal dynamics.

Heather Streets Salter is Associate Professor of History at Washington State University, where she teaches World History at the graduate and undergraduate levels. She received her Ph.D. in the History of the British Empire at Duke University in 1998. She is director of the WSU History department's World History Ph.D. program, and director of Washington State University's undergraduate World Civilizations program. She served as an area editor for the "Oxford Encyclopedia of the Modern World," published in 2008 by Oxford University Press. Recent publications include "Martial Races: The Military, Race, and Masculinity in British Imperial Culture, 1857-1914," published in 2004 by Manchester University Press. Her forthcoming book (co-authored with Trevor Getz), "Imperialism in the Modern World," will be published by Pearson in 2010. 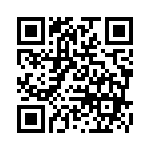