Aharon Appelfeld, born in Czernovitz, Bukovina, in 1932, experienced a tortuous childhood. Imprisoned in a German concentration camp at the age of eight, Appelfeld escaped and wandered around the Ukrainian countryside for several years, eventually joining the Russian, and later the Israeli, armies. Later still, he studied philosophy at Hebrew University in Jerusalem. The Holocaust had a powerful effect on Appelfeld's life and works. Feelings and emotions associated with the survivors of the Holocaust, such as imminent doom, stunted his personal development, and fear pervaded Appelfeld's writing. "To the Land of the Cattails," "The Healer," and "Writing and the Holocaust" are a few of his many excellent works. Appelfeld taught Hebrew Literature for many years at Ben-Gurion University, Beersheba. His many awards include The Prime Minister's Prize for Creative Writing, two Anne Frank Literary Prizes, and the Israel Prize.

Dalya Bilu lives in Jerusalem and has been awarded a number of prizes for her translation work, including the Israeli Ministry of Culture Prize for Translation, and the Jewish Book Council Award for Hebrew-English Translation. 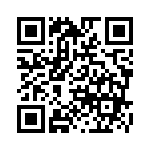