Matt Dillon is an Associate Professor of Classics and Ancient History in the School of Humanities, University of New England, Armidale, Australia. He has written several articles and a book on women’s religion in ancient Greece, Girls and Women in Classical Greek Religion (2002). He is interested in all ancient religions, and in Greek society.

Esther Eidinow is an Associate Professor of Ancient Greek History at the University of Nottingham, UK. She has particular interest in ancient Greek religion and magic, and her publications include Oracles, Curses, and Risk among the Ancient Greeks (2007), Luck, Fate and Fortune: Antiquity and its Legacy (2010), and Envy, Poison and Death: Women on Trial in Classical Athens (2015).

Lisa Maurizio is an Associate Professor of Classical and Medieval Studies at Bates College, Maine, USA. She is interested in interplay between gender, oral poetry, and Greek religion, and has published articles on Delphic divination as well as Classical Mythology in Context (2015). 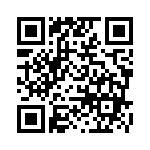