Not really an autobiography you would expect from a philosopher. This is not a dense academic book but a relaxed and honest confession. Unlike Rousseau though, Feyerabend is funny too. It is difficult ... Read full review

A fascinating memoir with an ending that will change many people's opinion about the Peck's bad boy of philosophy. Feyerabend (who died in 1994) was one of the gadflies of 20th- century philosophy of ... Read full review

A controversial and influential voice in the philosophy of science, Paul K. Feyerabend was born and educated in Vienna. After military service during World War II and further study at the University of London, he returned to Vienna as a lecturer at the university. In 1959, having taught for several years at Bristol University in England, he came to the United States to join the faculty of the University of California at Berkeley, from which, after numerous visiting appointments elsewhere, he retired in 1990. Since the 1970s, Feyerabend has devoted much of his career to arguing that science as practiced cannot be described, let alone regulated, by any coherent methodology, whether understood historically, as in Thomas Kuhn's use of paradigms, or epistemologically, as in classical positivism and its offspring. He illustrates this stance on the dust jacket of one of his books, Against Method (1975), by publishing his horoscope in the place usually reserved for a biographical sketch of the author. In his entry in the Supplement to Who's Who in America, he is quoted as saying, "Leading intellectuals with their zeal for objectivity are criminals, not the liberators of mankind. 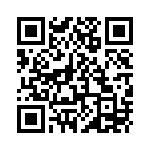