Born in Hanover, Germany, Hannah Arendt received her doctorate from Heidelberg University in 1928. A victim of naziism, she fled Germany in 1933 for France, where she helped with the resettlement of Jewish children in Palestine. In 1941, she emigrated to the United States. Ten years later she became an American citizen. Arendt held numerous positions in her new country---research director of the Conference on Jewish Relations, chief editor of Schocken Books, and executive director of Jewish Cultural Reconstruction in New York City. A visiting professor at several universities, including the University of California, Columbia, and the University of Chicago, and university professor on the graduate faculty of the New School for Social Research, in 1959 she became the first woman appointed to a full professorship at Princeton. She also won a number of grants and fellowships. In 1967 she received the Sigmund Freud Prize of the German Akademie fur Sprache und Dichtung for her fine scholarly writing. Arendt was well equipped to write her superb The Origins of Totalitarianism (1951) which David Riesman called "an achievement in historiography." In his view, "such an experience in understanding our times as this book provides is itself a social force not to be underestimated." Arendt's study of Adolf Eichmann at his trial---Eichmann in Jerusalem (1963)---part of which appeared originally in The New Yorker, was a painfully searching investigation into what made the Nazi persecutor tick. In it, she states that the trial of this Nazi illustrates the "banality of evil." In 1968, she published Men in Dark Times, which includes essays on Hermann Broch, Walter Benjamin, and Bertolt Brecht (see Vol. 2), as well as an interesting characterization of Pope John XXIII. 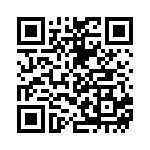