Through his painful, spellbinding biography, "Twelve Years a Slave", by Solomon Northrup, we see precisely how the normalization of cruelty and inhumanity is achieved when "carefully taught" from one generation to the next. Rationalization is boundless whenever and where ever the moral compass is broken.

Solomon Northup was a free-born African American from Saratoga Springs, New York. He is noted for having been kidnapped in 1841 when enticed with a job offer. When he accompanied his supposed employers to Washington, DC, they drugged him and sold him into slavery. From Washington, DC, he was transported to New Orleans where he was sold to a plantation owner from Rapides Parish, Louisiana. After 12 years in bondage, he regained his freedom in January 1853. Solomon Northup's memoir was reprinted several times later in the 19th century. An annotated version was published in 1968; the memoir was adapted and produced as a 2013 film by the same name by Steve McQueen, starring Chiwetel Ejiofor as Northup. Since 1999, Saratoga Springs, New York, has celebrated an annual Solomon Northup Day on the third Saturday in July. 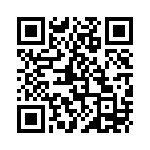