Michael Parenti, PhD Yale, is an internationally known author and lecturer. He is one of the nation's leading progressive political analysts. He is the author of over 250 published articles and seventeen books. His writings are published in popular periodicals, scholarly journals, and his op-ed pieces have been in leading newspapers such as the New York Times and the Los Angeles Times. His informative and entertaining books and talks have reached a wide range of audiences in North America and abroad. 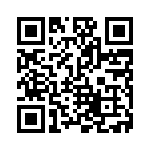