Try the new Google Books
Check out the new look and enjoy easier access to your favorite features
Try it now
Buy eBook - $10.99

The book started out strong when it told the story about inventing and marketing the salad dressing. The story was a nice mix of fact and humor. As the book continued it ran out of gas about midway ... Read full review

SHAMELESS EXPLOITATION IN PURSUIT OF THE COMMON GOOD: The Madcap Business Adventure by the Truly Oddest Couple

PAUL NEWMAN (known as ol’ PL to both friends and enemies.)
The L stands for “Leonard” or “Lunkhead.” He answers to both. He is probably best known for his spectacularly successful food conglomerate. In addition to giving the profits to charity, he also ran Frank Sinatra out of the spaghetti sauce business. On the downside, the spaghetti sauce is out-grossing his films. He did graduate from Kenyon College magna cum lager and in the process begat a laundry business which was the only student-run enterprise on Main Street. Yale University later awarded him an honorary Doctorate of Humane Letters for unknown reasons. He has won four Sports Car Club of America National Championships and is listed in the Guinness Book of World Records as the oldest driver (70) to win a professionally sanctioned race (24 Hours of Daytona, 1995). He is married to the best actress on the planet, was number 19 on Nixon’s enemy list, and purely by accident has 51 films and four Broadway plays. He is generally considered by professionals to be the worst fisherman on the East Coast.

A. E. HOTCHNER
fully intended to be a career lawyer but after two stultifying years practicing with a St. Louis law firm, he escaped into the wild blue yonder of the Air Force, vowing never to look at another Corpus Juris Secundum. After the war, Hotch became a literary bounty hunter, and in the process met Ernest Hemingway, with whom he buddied around for fourteen years, an adventurous period that Hotch chronicled in Papa Hemingway, which was published in 34 countries in 28 different languages. In between selling salad dressing, Hotch has written fifteen books, a dozen plays and musicals, and scores of television dramas. In 1999, Washington University conferred on him an honorary Doctor of Letters to go along with his doctor of law degree, but he is proudest of the fact that he was crowned marbles champion of St. Louis when he was in the sixth grade. 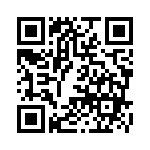