Martin (Music of Yes, LJ 11/15/96) argues convincingly that the progressive rock movement of the early 1970s, whose pillars are the bands King Crimson and Yes, deserves consideration as important ... Read full review

Children's writer Bill Martin, Jr. was born and raised in Hiawatha, Kansas. Ironically, the future early childhood educator had difficulty reading until he taught himself, before graduating with a teaching certificate from Emporia State University. After graduation, he taught high school drama and journalism in Kansas. He served in the Army Air Force as a newspaper editor during World War II. He wrote his first book, The Little Squeegy Bug, for his brother, Bernard, an artist, to illustrate while recuperating from war wounds. It was published in 1945 and the brothers would go on to collaborate on 10 more books by 1955. He earned a master's degree and doctorate in early childhood education from Northwestern University and became principal of an elementary school in Evanston, Ill., where he developed innovative reading programs. In 1962 Martin moved to New York City to become editor of the school division of Holt, Rhinehart and Winston where he developed the literature-based reading programs Sounds of Language and The Instant Readers. Martin returned to full-time writing in 1972 and ended up writing over three hundred children's books during his career. His titles include; Brown Bear, Brown Bear, What do You See?, Polar Bear, Polar Bear, What do you Hear?, The Ghost-Eye Tree, Barn Dance, and Chicka, Chicka, Boom, Boom. He died on August 11, 2004 at the age of 88. 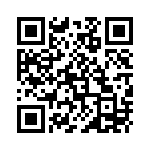