Romain Caudron is a French 2D/3D artist. He is a cofounder and CG artist of Main Digitales, a new video game studio in Montpellier in the south of France, and he specializes in virtual reality. Also, he is an assistant to Patrice Stellest, the Swiss contemporary artist. Romain has had a mostly self-taught career, but he received a master's degree in cinema and game design from Paul Valery University, Montpellier III, France. Then, he studied 3D animation using CGTrainer. His interest in hacker culture and open source software led him to start working with Blender in 2012. Before this book, in 2014, he was a reviewer on Blender Cycles: Materials and Textures Cookbook by Enrico Valenza.

Pierre-Armand Nicq started learning how to generate 3D images with Blender 2.4x at a young age. He is really passionate about all types of multimedia creation and uses Blender for projects such as 3D images/animations and games. He codes in different programming languages, such as C/C++, C#, AS3, JavaScript, and PHP, to create games and other kinds of programs. Pierre-Armand loves to share his knowledge. This is why he founded a French YouTube channel (http://www.youtube.com/ToutApprendre). It has more than 9,500 subscribers and 200 tutorials about 3D and programming. Currently, he is in his fifth and last year of school at IIM (Paris/La Defense). During his free time, he loves to play jazz music, participate in GameJams, and perform card tricks.

Enrico Valenza, also known as "EnV" on the Web, is an Italian freelance illustrator, mainly collaborating with publishers such as Mondadori Ragazzi and Giunti as a cover artist for sci-fi and fantasy books. He graduated from Liceo Artistico Statale in Verona (Italy) and was later a student of illustrator and painter Giorgio Scarato. When he started to work, computers weren't that much in use among normal people, and he spent the first 15 years of his career doing illustration with traditional media, usually on cardboard; he specialized in the use of the air-graph, a technique particularly esteemed for advertisement work. When the movie Jurassic Park came to theaters, he decided to buy a computer and try this "computer graphic" everyone was talking about. When it comes to the many aspects of CG, he has been totally self-taught; it has been his encounter with the open source philosophy that actually opened a brand new world of possibilities, Blender in particular. In 2005, he won the Suzanne Award for "Best Animation, Original Idea and Story" with the animation "New Penguoen 2.38." In 2006, he joined the Orange Team in Amsterdam for the 2 last weeks of production to help in finalizing the shots of the first open source cg animated short movie produced by the Blender Foundation, Elephants Dream. From 2007 to 2008, he has been a lead artist in the Peach Project team for the production of Big Buck Bunny, the second Blender Foundation's open movie. From 2010 to 2011, he has been an art director at CINECA (Bologna, Italy) for the "Museo della Citta di Bologna" project, which is the production of a stereoscopic CG-animated documentary made in Blender and which explains the history of the city of Bologna. Also, being a Blender Certified Trainer, he often collaborates as a cg artist with production studios that have decided to switch their pipeline to open source. Enrico uses Blender almost on a daily basis for his illustration jobs, rarely to have the illustration rendered straight by the 3D package and more often as a starting point for painting over with other open source applications. He has conducted several presentations and workshops about Blender and its use in productions. 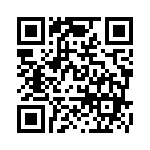