A leading authority on solar-heat collector technology, John A. Duffie is professor emeritus in the Chemical Engineering Department at the University of Wisconsin and is a fellow of the American Institute of Chemical Engineers. He has published more than 60 research papers, contributed to many symposia on solar systems, and is a former president of the International Solar Energy Society (ISES). He is co-author of several widely used books on solar heat systems and thermal engineering and has been editor-in-chief of the respected Journal of Solar Energy since 1985. In 1948, Duffie received an M.A. in chemical engineering from Rensselaer Polytechnic Institute and a Ph.D. in chemical engineering from the University of Wisconsin in 1951. In 1977, he visited Australia as a Fulbright-Hayes Scholar. In 1983, Duffie's Solar Energy Laboratory, at the University of Wisconsin, received the first Achievement through Action Award from ISES, and in 1987, ISES awarded Duffie the Farrington Daniels Award. 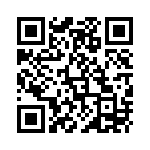