Encyclopedia of the Enlightenment

Peter Hanns Reill is professor of history at UCLA and director of the UCLA Center for Seventeenth- and Eighteenth-Century Studies and the William Andrews Clark Memorial Library. He has received numerous academic awards and honors, including a Fulbright Senior Research Fellowship, a Guggenheim Memorial Fellowship, an appointment as fellow of the Institute of Advanced Studies (Berlin), and since 1977 has served as consulting editor to the Journal of the History of Ideas, among other publications. He has been published widely on the Enlightenment and is the co-editor of Visions of Empire: Voyages, Botany, and Representations of Nature and author of a forthcoming book on vitalism. Ellen Judy Wilson is a Phi Beta Kappa graduate of the University of Michigan, where she studied European and Russian History. After many years as a professional social worker, she resumed her study of early modern French history and the history of science. At UCLA, she earned a candidate in philosophy degree. Her dissertation research, partially supported by a French national government scholarship, was conducted in Paris. She is editor of publications at the William Andrews Clark Memorial Library at UCLA. 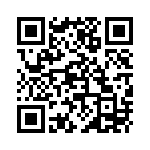