Gregory L. Schneider is Assistant Professor of History at Emporia State University and author of Cadres for Conservatism: Young Americans for Freedom and the Rise of the Contemporary Right from NYU Press. 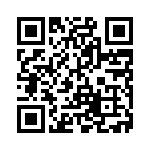