After studying English at Oxford, Tony Vaux worked with Oxfam GB from 1972 until 1999. He spent nearly seven years in India developing Oxfam's work with community based projects. From 1984 he was coordinator of Oxfam's global emergency programmes, and became particularly closely involved with Ethiopia, Sudan, Mozambique and Somalia all of which feature as chapters in this book. With the collapse of the Soviet Union, he turned to Eastern Europe and the Caucasus region, building up new Oxfam programmes in response to conflict and poverty. Since writing this book on a sabbatical year in 1999-2000, he has been working as an independent consultant, focusing on areas of conflict. 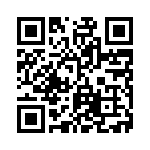