Guy L. Beck is the author of Sonic Theology: Hinduism and Sacred Sound and editor of Sacred Sound: Experiencing Music in World Religions. A U.S. Fulbright-Nehru Senior Research Fellow, Beck has spent more than six years in India studying Hinduism and music, and he has written extensively on the role of sound and music in Indian traditions. He has also learned the art of classical Hindustani vocal music from distinguished exponents in India and has recorded two audio CDs, as well as given numerous lectures and concerts in both India and the West. Beck teaches religion and music at Tulane University and the University of New Orleans. 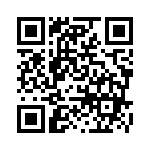