Poignant, heartfelt memoir of a gay Latino immigrant's coming-of-age, played out against a relentless backdrop of abuse and neglect. Poet, novelist and children's author González (So Often the Pitcher ... Read full review

This was an interesting book, but I felt as if portions of the story were left out. I wanted to know more of why this boy seemed to blame everything on his father. A father that by no means was ... Read full review

Page vii - Children begin by loving their parents. After a time, they judge them. Rarely, if ever, do they forgive them.
Appears in 148 books from 1898-2008
Page 25 - Not only was he missing out on beer time with his buddies, he was also entertaining my mother's crazy notion about becoming just another woman driver. I knew about my mother's will to learn because of her second endeavor. Since she had enrolled in night school, taking English classes at the elementary school I attended during the day, I was forced to go with her. For the longest time I didn't understand why since she only had to walk across the street. Years later I...
Appears in 2 books from 2004-2006
More
Page 24 - I myself didn't get any lessons from him until my sophomore year of high school, the day before I was scheduled to go behind the wheel for driver's ed class. Even then I begged, afraid I'd embarrass myself (which I did anyway) in front of the instructor and the other students. My father agreed to take me out to maneuver through the back roads a few evenings and whenever he slammed his 24 fist against the dashboard I had flashbacks of his teaching technique with my mother.
Appears in 2 books from 2004-2006
Page 25 - My father didn't necessarily subscribe to the stereotypical sexist notions of the Mexican male, but he was somewhat of a stereotype himself: he drank, stayed out late, and came home penniless, the sullen drunk, to ask for my mother's forgiveness. My mother could have taken advantage of his vulnerability but she didn't, which always surprised me. Like the good suffering wife, she forgave him. Perhaps this was why my father's sensibilities didn't soften when he took my mother out for instruction.
Appears in 2 books from 2004-2006
Less

Rigoberto González is the author of many award-winning books for adults and children, among them So Often the Pitcher Goes to Water until It Breaks, a selection of the National Poetry Series; the novel Crossing Vines, named the ForeWord Fiction Book of the Year; and the teen novel The Mariposa Club, named to the American Library Association’s Rainbow List. He is a contributing editor to the magazine Poets and Writers, on the board of directors of the National Book Critics Circle, and on the advisory circle of Con Tinta, a coalition of Chicano/Latino activist writers. He is associate professor of English at Rutgers University at Newark. 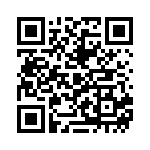