Mark Goldblatt teaches Developmental English at the Fashion Institute of Technology of the State University of New York. He is the author of six books: two middle-grade novels, Twerp and Finding the Worm; a literary mystery, The Unrequited; a collection of political commentary, Bumper Sticker Liberalism; a literary satire, Sloth; and a political novel, Africa Speaks. Currently, he lives in New York City and alters his routes to work regularly. 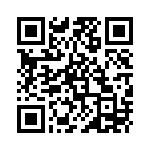