I really enjoyed this book! I think the author's thoughts on the subconscious are even more important than the cosmological books he co-authored with Stephen Hawking. Mlodinow did a very good job of ... Read full review

Good for a science book - will make you think about your subconscious and perceptions differently. It was s nice break from all of the novels I typically read in a year. Read full review

Leonard Mlodinow received his PhD in theoretical physics from the University of California, Berkeley, was an Alexander von Humboldt Fellow at the Max Planck Institute, and now teaches at the California Institute of Technology. His previous books include three New York Times best sellers: War of the Worldviews (with Deepak Chopra), The Grand Design (with Stephen Hawking), and The Drunkard's Walk: How Randomness Rules Our Lives (also a New York Times Notable Book), as well as Feynman's Rainbow and Euclid's Window. He also wrote for the television series MacGyver and Star Trek: The Next Generation. 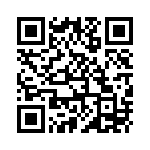