In these essays, Fischer Black reaches provocative conclusions concerning the role of equilibrium in a developed economy. Black, who published this volume while a Goldman Sachs partner, was attracted ... Read full review

FISCHER BLACK is regarded as one of the great innovators of modern finance theory. He is most famous for cofounding the legendary Black-Scholes equation, although he contributed much more to finance in the areas of portfolio insurance, commodity futures pricing, bond swaps, interest rate futures, and global asset allocation models. Black worked at the University of Chicago and the MIT Sloan School of Management, as well as Goldman Sachs. He received his PhD in applied mathematics from Harvard University. Black died in 1995, two years before the Nobel Prize was awarded to Myron Scholes and Robert C. Merton for their work on option pricing. Since the Nobel Prize is not given posthumously, Black was given a prominent mention for the key role he played in developing the equation. 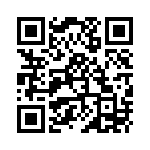