Mary Gail Frawley-O’Dea, Ph.D., is Co-Director Emeritus, Manhattan Institute for Psychoanalysis, and Executive Director of their Trauma Treatment Center; co-author of Treating the Adult Survivor of Childhood Sexual Abuse and The Supervisory Relationship; and author of Perversion of Power and Sexual Scandal in the Catholic Church. She was a speaker at the United States Conference of Catholic Bishops, 2002 Spring Meeting, and at the 2002 Annual Assembly of the Conference of Major Superiors of Men, and is a member of the Committee on Clergy Sexual Misconduct for the Episcopal Diocese of North Carolina. She is in private practice in Charlotte, North Carolina. 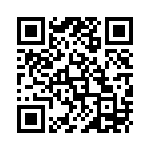