Great collection of pulp/noir writers pulled together by a very good word wrangler himself (with some interesting things to say in introductions et al). Read full review

William Francis Nolan was an American author who was best known for writing stories in the science fiction, fantasy, and horror genres. He coauthored (with George Clayton Johnson) the novel Logan's Run (1967). It was his first novel. He co-wrote the screenplay for the 1976 horror film Burnt Offerings which starred Karen Black and Bette Davis. Nolan was born in Kansas City, Missouri on March 6, 1928. He attended the Kansas City Art Institute and worked for Hallmark Cards before becoming an author. Among his many awards, he was voted a Living Legend in Dark Fantasy by the International Horror Guild in 2002. During 2006, he was bestowed the honorary title of Author Emeritus by the Science Fiction and Fantasy Writers of America. In 2010, he received the Lifetime Achievement Stoker award from the Horror Writers Association (HWA). William F. Nolan died on 7/15/2021 in Vancouver, WA. He was 93. 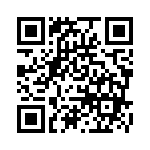