David Harrison has been Professor of Tourism at Middlesex University since 2014. Before then, he was Professor of Tourism at the University of the South Pacific (1996-1998 and 2008 to 2014) and similarly at London Metropolitan University (1998-2008). Since 1987, his research has concentrated on tourism in deveioping societies. He is is author of The Sociology of Modernisation and Development, (Routledge, 1988), and editor of numerous texts on tourism, including: Tourism and the Less Developed Countries, (Belhaven,1992). Pacific Island Tourism (Cognizant 2003), The Politics of World Heritage ( with Michael Hitchcock, Channel View, 2005), Tourism and the Less Developed World, (cab International (l2001). More recently, he has edited Tourism in Pacific Islands (with Stephen Pratt, Routledge, 2015) and, with Richard Sharpley, Mass Tourism in a Small World (CAB International, 2017) 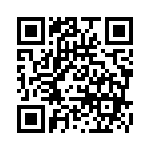