I've been familiar with Bill Kauffman's columns for some years now in The American Conservative magazine (and he's in large part the reason I read the magazine in the first place), but his AmCon ... Read full review

Quite an engaging book about uniquely American cultural and political figures and the values of independence, localism and personalism. I disagree with Kauffman on quite a few particulars, but I ... Read full review

Bill Kauffman is the author of five books, most recently the localist manifesto Dispatches from the Muckdog Gazette, which won the 2003 national "Sense of Place" award from Writers & Books. His other books include a novel, a travel book, and works about American isolationists and critics of progress. He writes for the Wall Street Journal, the American Enterprise, Counterpunch, and the American Conservative, among other publications. Kauffman lives in his native Genesee County, New York, with his wife Lucine and their daughter Gretel.

Other Titles by Bill Kauffman: 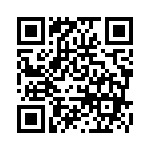